Aki Rissanen, born 1980 in Kuopio, Finland, is a Finnish pianist and composer. Although originally classically trained he has always had a heart for improvisation and jazz. 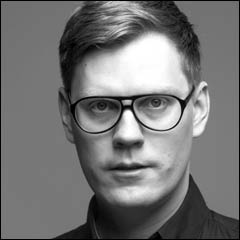 His studies include classical piano at the Kuopio Conservatory, Finland (1990-2000); jazz music and education at the Helsinki Polytechnic School Stadia (2000-2002); jazz and improvised music at the Conservatoire National Superieur de Musique in Paris, France (2005-2006); private lessons in New York, USA and Cologne, Germany (2005-2008) and jazz piano and composition at the Sibelius Academy Jazz Department in Finland (2002-2009), where he received the Masterâs degree.

German-born composer Sid Hille wrote a piano concert “Motion” for Rissanen in 2012 and the premiere was in the Laulumiehet Concert Hall in Helsinki in October on the same year. With trumpeter Verneri Pohjola Rissanen has worked over 10 years and is member of his quartet which has relased two albums for the prestigious ACT Records in Germany. The duo with Pohjola has seen many concerts, too. Newer groups include Esa Pietilä Liberty Ship, Mikko Hassinen Electro GT, Jori Huhtala 5, Pope Puolitaival United and Jukka Perko’s orchestral productions Bird Lives!, Perko plays Simon and Garfunkel and a orchestral work by Heikki Sarmanto.

Rissanen has earlier worked with, now defunct projects like Warp! with Eeppi Ursin, Verneri Pohjola and Joonas Riippa; White Light Quartet (international cast of members from FIN-FRA-BEL); Belfin Quartet (FIN-BEL); and Thalassa (FIN-GER-NOR). He has performed in most of the European countries, USA, China and North Africa.

Rissanen is renowned both domestically and internationally, trophys and prizes granted by, for example:

Rissanen has taught jazz music in Sibelius Academy, Helsinki, Helsinki Polytechnic School Stadia, in several summer camps and has given private lessons. He has received an 1-year artist grant from the Finnish Cultural Foundation in 2009 and 2012.